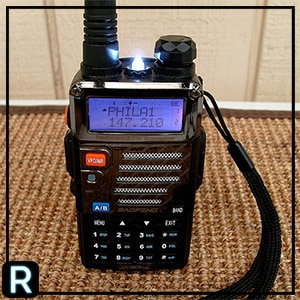 Almost everyone is now getting acquainted to CB (Citizen Band) radio. Most have been using this popular tool though its use is now decreasing day by day. In its place, the Ham radio is getting popular day by day because of its wide range utility. That is why; most people are striving to know the ham radio basics, while others want to know what is ham radio.

That’s why; some people say that the word HAM comes from the first three letters of some well-known scientist. That is Gugleimo Marconi, Edwin Armstrong and Heinrich Hertz.

Hertz was famous for inventing the electromagnetic wave, Armstrong for FM frequency modulation theory, and Marconi for transmission of electromagnetic signal across the Atlantic.

Many believe that the letter ‘H’ comes from Hertz, ‘A’ from Armstrong and ‘M’ from Marconi. Finally HAM came into being. In the beginning of 20th century in the year 1908 all but a few operators became the members of a newly formed Radio club.

The active operators were Poogie Murray, Albert Hyman and Bob Almy and they participated in a big way in building the ham radio club. According to their names; a radio station was called “Hyman-Almy-Murray”. Later, they made it “HYALMU.”

After another year, ham operators came to know that there was a Mexican ship having the same name. To avoid a mix-up, they decided to change the name. They used ‘H’ from HY, ‘A’ from AL and ‘M’ from MU. Thus, they got HAM.

Ham radio or Amateur radio is not only a great hobby, but it also offers a chance to use it in many ways in our modern lives.

Some communication modes of Ham Radio:

The operators of the Ham radio usually called the hams use various types of radio communication tools in order to accomplish their job. That can either refer to use of the radio for recreation, self-training and solving emergencies or for the fun purposes.

Approximately, 3 million people in the world use this type of radio communication.  They are from different ages and income groups with a common interest. If you are new to this radio and have some interest in it, you can try the portable ham radios for novice.

See, the ham radio users do not only enjoy their personal communication, but also help each other in emergency and disaster communication. This enables them to gather a vast practical knowledge in this field.

All the ham radio users have the common basic knowledge of wireless technology, regulations, and operating principles. They all need to collect licenses from FCC after passing an exam held under the supervision of FCC.

The radio spectrum is very vast and ranges from kHz to GHz. You should know at least some vital radio theory. Also, some FCC rules as well as how the radio works. Plus, you must know the safety rules.

We always try our best to get you the Technician license. Why do we do this? Because you must have it if you want to operate any radio frequencies that are higher than 30 megahertz with some short waves.

It is only after you pass 26 out of the available 35 questions in the technician class, that you get a license. You don’t have to worry since you will have the chance to choose the answer from the multi-choices.

Also, the questions are from basic electronic theory and FCC regulations. With this license; you get the privilege of transmitting a 2 meter band frequency of 30 MHZ.

Operators may also operate 15, 40, 80 meter bands using different modes. This is just similar to the technician exam. Difference is that the exam is a bit harder than previous one.

The good thing, however, is that the general class license holders enjoy the facility to transmit all over the globe. Of course, most people are looking for that feature. Also, it is good to remember that the same procedure that has been applied in the technician class is also applied in this case.

The only difference is that you choose the questions from the larger pool. However, this class license exam consists of the same number of questions (35) out of which you will have to get a minimum of 26 answers correct. The answers are from multiple choice styles.

In order to obtain this type of license; you should pass another exam which most people say is a little harder. It consists of 50 questions. It covers the advanced electronic theory, FCC regulations and specialized operating practices and radio equipment design.

In this case; you do not need a Morse code. The FCC allows any citizen to take ham test for free. After passing you can get a license for duration of 10 years.

Now, we have covered the basics of ham radio to ensure that you know all that is vital and use your ham without any trouble.