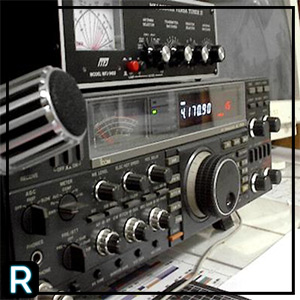 Ham radio contests seem to be fun to most of the ham operators. With these Ham contests; they can easily test their skills as well as improve their radio communication craft.

Most of the licensed ham operators are constantly trying to increase their honor by collecting the QSOs (contacts).

The ham radio enthusiasts who have a license and specialize in radio operation are called ham radio operators. They are experts in their field and some of them can even make their own radio using electronic circuits to maximize the use of frequency.

These operators use their radios only for non-commercial purposes. Actually, many of them use their ham radio only in emergency services and rescue operations.

Most of the contests are sponsored by ARRL (American Radio Relay League), which is actually the largest ham organization. One of the most popular contests is RTTY, where contestants use digital modes.

RTTY is a radio teletype in a communication system between 2 or more tele-printers at different locations connected by radio waves instead of wires.

The other type of contest known as DXCC (Distant Century Club) is awarded to the ham operators who can successfully make contacts with licensed operators in 100 countries away from the claimant. Usually, ham radio station transmits with 10, 15, 20, 40, 80 and 160 meter bands.

The contacts of most locations usually decide the winner of such contest. There is a another type of contest namely HF where the contestants will contact as many as possible ham radio location around the world with meter bands of 160, 80, 40, 20, 15, and 10.

Now, during the contestants, the appointment of the winner is dependent on who earns maximum number of QSO points. Normally, there is distance contest above 222 MHz, which is another type of contest that allows ham radio operators to connect 222 MHz to 241 ghz using any mode.

It is of importance to note that, for each frequency band, only one station on the grid is permissible. On the other hand, the winner is usually the ham radio operator who can connect maximum number of grid stations. The EME contest is another type of contest which uses the moon bounce theory.

The ham operators use the path of earth-moon-earth in order to connect the stations during this contest. Only license holders can join this contest using 6 meter band above 50 MHz frequency. The maximum number of QSO (quasi-stellar object) point’s earner is usually the winner.

Every year; there are a number of contests held and a schedule is always available before it starts. Each year, there are small contests as well as big contests. For the beginners; it is better to start with small contest. They take place once in a year.

☛ 3. CQ Worldwide WPX Contest: For CW is in May and for SSB is in March.

There are 4 state QSO parties (Georgia, Missouri, Montana and New Mexico). Also there are CW, RTTY and PSK-31 contests.

You should remember that there are some rules during the ham contests. Before you start a contest you must know the rules. You can download them. For example Georgia QSO party does not contain 12m and 17m, while WARC band and a ham operator can only own one station, once per band as well as per mode.

In addition to these contest rules; you must know the FCC rules. Not only is it sufficient to know the rules, but you must also have good operating practices. Usually, there is no dedication of frequencies in ham radios.

Contest skill alone cannot make you a winner in these contests. You also need the best quality ham radio equipment. These contests will utilize the best feature of equipment in ham activity. Don’t worry if you do not have the ICOM 7800. Why? Simply by using any radio, you can get fun and login to many QSOs.

Some important radio features below:

You now have everything you need to know about the contest. It is now your turn to decide the right one for you and participate.