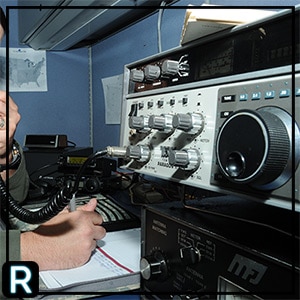 Suppose you have passed the FCC exam in order to obtain your 1st entry technician license and now you are a qualified ham operator? You have also procured the necessary radio equipment and you are very anxious since you have never talked with other ham operators. But you really feel frustrated because you still don’t know the ham radio lingo.

Unfortunately, the two-way ham communication, you are aware that everyone should speak in the same radio lingo. Hence, you are nervous. Otherwise, the responder may not be in a position to answer your questions correctly. Also, you may end up not getting the solution.

As such, short-hand radio expression became a necessity. In the year 1937, APCO (Association of Public Communication Officials) first introduced “ten-codes.” These were supposedly the ham radio lingo.

Since then, many industries have developed short-cut-terms for 2 way radio communication. The main object of these codes was to boost response rate and teamwork between the team and the govt. agencies.

To start, we have prepared a common list of radio communication phrases used for public safety. The following phrases are being used by most of the ham radio operators.

Common Phrases between the Ham Operators

As a new ham, there’s a great need to get rid of all the naivety. How? By learning the following phrases. However, you will need to do lots of practice to know as well as remember them.

As a result, communication becomes easy and there’s no chance for wrong feedback or wrong solution to a problem you may have.

You may use a code like Code Blue; a non-crucial incident and Code Yello when requiring immediate response though not in danger. Also, there’s Code Red when there’s a serious incident.

Well, you may have heard about the Q-signals; three letter codes, that are mostly in use when communicating through Morse code. You may also know that they are also in use during voice communication. In fact, they were originally in use during maritime and flights as well as by amateur radio operators.

When operating Morse code, a time came that Q-code took the entire replacement. We can, therefore, say that Q-code generate Q-signal in the form of short texts. Also, its answers are pre-fixed.

Q-code generally consists of three letters. Firstly, there’s letter Q. The other auxiliary letters help to give information when there’s transmission. The arrangement of the Q-code can be in three types of code groups. The General codes; second letter of which are R, S, T, U and maritime service code; second letters are O, P and Q.

The Meaning of Codes:

Previously, when there was no use of internet, the hams codified the massages across USA and around the globe. That is, instead of sending text messages such as, “greetings on your birth day and best wishes for many more to come,” they would simply send a “forty six.”

That is interesting, right? On the other hand, ham operators, after ending a contact, they would say, “Eighty eight,” to mean, “love and kisses.”

Q-codes and other codes

Normally, the composition of Morse codes comprises of 5 elements. That is; a short mark which is usually a dot and a long mark, which is also a dash. Also, there’s an intra-character gap which is as well a dash, plus a short gap between the letters.

Additionally, there are three other dashes and a medium one between words. That makes it seven dashes all together. Originally, Q-codes were for shortening the transmission time. However, most ham radio operators often use codes even when they do not want to shorten transmitting time.

The first publishing of the list of ham radio Q-codes by the British postmaster general was in 1908. The introduction of the RST code was originally to enhance the CW carrier wave communication. On SSB (Single Side Band), there was an omission of the final digit. It is necessary to note that the RSQ code often describes the reception.