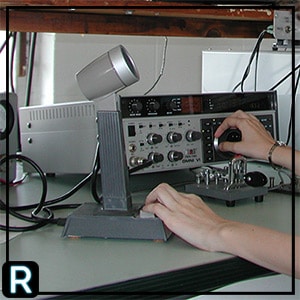 For you to build a ham radio, you must be well versed on electronics and operating principles for both beginners and expert ham operators.

If you have interest in wireless technology; ham radio provides you with basic knowledge on electronics, which is usually theory. Also, there is radio communication knowledge. Building a ham radio is dependent on how well you understand how it operates.

Once you have the ham radio station, you can connect anybody anywhere within the globe even in the space, in ocean disasters and land hurricanes.

However, before you think of building a ham radio; you must have some theoretical skills about electronics and the circuits as well as some of the operating principle. Let’s look at some of them.

Like other wireless technology, ham radio uses electromagnetic radiation to send voice signals anywhere around the world. Also, it uses Morse code and digital data throughout the globe with the help of a transmitter, a receiver and an antenna.

This electromagnetic radiation travels in the form of sinusoidal wave, which has different wavelengths as well as frequency ranges. The radio waves cover a vast field of waves or rays in radio communication.

This spectrum of radio frequency band has so many bands and FCC; thus, allows only a few bands to be in use in the ham radio. FCC allows 1.6 MHZ to 1240 MHZ for an AM radio band in the radio communication of ham base station.

The ranges of VHF are 300-300 MHZ. On the other hand, the ham radio generally uses 144 to 148 MHZ. The VHF is best for simplex communication which works as a line of sight for 2 radio stations, set at two different locations.

This band is assumed to be highly reliable and less subject to noise and interference from nearby strong signals. Many ham radio operators like this band because it offers maximum stability.

Using this VHF band; the ham radio operators take advantage of repeaters set up by radio clubs, especially on the roof of high buildings or towers. These repeaters are powered by solar power or built-in power back-up to have a reliable source in case disaster strikes.

The UHF ranges from 300 to 3 GHz and ham radio uses 400 to 450 MHZ. UHF has a shorter wavelength than VHF and is prone to interference from nearby strong signals. The positive side of UHF is that it has a higher bandwidth with a broader frequency range and better audio signal quality.

When you are going to build your ham radio; you should have thorough information of the radio and the parts needed for its successful construction. Now, to start with, ensure that there is enough light in the room you are working in. There, you can assemble all tools, kit and parts.

When everything is ready; follow the instruction on the manual very carefully. Make sure that your working area is secure. Otherwise, people, pets, and children may damage the tools and parts at any time when you are working.

You must consider the following:

Moon bouncing, distance dialing and digital data transfer plays important role in this radio communication. Some ham radio operators get their signal by bouncing them with the moon. Some other hams like to connect with other operators that are far away. With the help of digital data the ham operators can send images or important pictures from one place to another.

The following tools are a must-have when you are going to build a ham radio.

Ham radio operators, as long as they possess the FCC license, can build a ham radio legally. Plus, they can operate at a high power transceiver connected to huge number of antennas. The most complicated part of ham radio is to build SSB (Single Side Band) HF transceiver.

The whole radio architecture consists of filtering, amplification and multiplication. In the year 1920, the consumer receiver used TRF (Tuned Radio Frequency). The antenna system would collect signals which were fed by 4 stage of filtering and 3 stage of amplification.

The last filter output was sent to an envelope detector called a diode. The amplification was an output of the loudspeaker. Since this architecture is very expensive, Edwin Armstrong saw the need to replace it with super heterodyne principle to reduce costing. Thus, Edwin Armstrong had a great contribution in the field of radio communication world.

Instead of demodulating the radio signals using the detector; a diode SSB receive, which converts the IF by use of the 2nd frequency mixer. Thus, the purpose of amplifications was achievable and fed to the loudspeaker.

Actually, SSB receiver multiplied down the radio frequency to audio frequency; thus, making it easy to hear it. IF filters bandwidth ranges from 1.8 to 2.5 khz, which is matched with bandwidth human speech.

A SSB single side band transmitter is the reverse of SSB receiver. You should note that, the mixer of double balanced mixer filter, when you combine them, works in both directions.

You can also combine relays or pin diodes with amplifiers in a particular design that is able to reverse with transmitting mode. When you transmit SSB; there is an amplification of frequency, which causes radiation through the antenna.