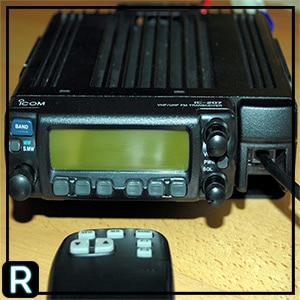 Often times, people ask, “What does Ham radio stand for?” Well, we would like to explain a few things before we get into answering that question.

The word ham is used as shortcut of Amateur radio “HAM RADIO”. On the other hand, radio operators call themselves HAMS.

Actually, the word ham originates from the three initial letters. That is; from the names of the three scientists due to their contribution in radio electromagnetic waves.
Explaining a little further…

The letter H comes from Heinrich Hertz. The letter A comes from Edwin Armstrong. While the letter M comes from Gugleimo Marconi. According to the findings of our research, HeinrichHertz was the first man to develop the theory of electromagnetic waves.

Ham radio, also known as amateur radio is a popular hobby among most people in America. Also, it is a typical service that brings together people via enhancing communication.

Millions of people all over the world use this ham radio to talk across towns, around the globe and into the space even without the help of internet and Smartphones.

Further, we may say that the ham radio is a fun, educational and social tool. In addition, it can be a lifesaver during catastrophe.

Why is it Called Ham Radio?

Most people do not know that there is an amazing story behind the name “HAM”. May be you are one of the unfortunate ones. But worry not, we got you covered. At the beginning of 20th century in the year 1908; the word ham was first mentioned in a station CALL by some renowned ham operators of the then Radio Club.

The three operators of the club were Albert Hyman, Bob Almy and Poogie Murray. At first; they called their station as “Hyman-Almy-Murray”. However, the length of that name was troublesome for most people to remember or utter. There was, therefore, a need for a quick revision. So, they made it shorter by using only two words from their names.

As a result the name “HYALMU” came into place. However, several years later, there was a Mexican ship with the same name. That caused great confusion among the ham operators. Yet again, there was need for a change of the name. Thus, they settled for “HAM,” which was a result of the three initial letters of the ham operators’ names.

Qualifications You Must Possess Before Buying an Amateur

However, ham radio operators must have basic knowledge of the radio technology and basic operation principles. Additionally, they need to pass an examination from the FCC (Federal Communications Commission). Also, they should use the amateur bands allocated by the FCC.

You may use the Ham radio in small emergencies like when there’s a multi-car pileup on the road causing you to spend some hours on the traffic. Other emergency services can also be obtained while you are in the ocean catastrophe, hill or on the mountains.

These ham radios are not only used by the public but also most of the government agencies. They use them to alert people about the emergencies. Also, they use them for their inter-departmental communication using VHF and UHF frequencies.

The pother good thing to remember is that hurricanes or storms cannot disrupt radio broadcasts. It is for this reason ham radio operators are considered to play a vital role in keeping people safe during stormy weathers.

Unfortunately, you cannot buy a ham radio just from a shop and become a ham operator without getting a license from the FCC. Moreover, you must know the basics of this ham radio before doing the exam. Likewise, you must pass the exam before you are awarded the license.

It is; therefore, better if you take some theoretical and practical classes from an institution and some self-study from the internet in order to gather knowledge before appearing in the exam room. It is through this study that you get to learn more things about math, physics and electronics basic circuits.

Once in the exam room, ensure that you pass at least 26 questions out of the available 35. The good thing is that the multiple choices make the exam easier.

Ways You Can Use Your Ham Radio

There are many ways of using your radio. However, we just mentioned a couple of them. Here they are:

Now that you know how to use your radio, it is wise to buy one.

However, it is crucial to note that there are many cheap ones in the market. And though high prices do not always guarantee quality, it is evidence that most fakes ones will always be cheap.

So, at least try to buy one of the expensive ones. However, ensure that you consider the quality. To be sincere, most of the random complains about the poorly built ham radios are issues related to low cost products.

If you fear that you are not sure of the best type of ham radio to buy and the right price of the ham you want to choose; check out our article about ham radios.

Whether you are talking locally or around the globe, the ham radio communication is a bit different from others in the sense that it is fast and most reliable. Some ham operators enjoy collecting QSL cards and post cards from other ham operators around the world.

As a matter of fact, some get awards from the DXCC (Distance Century Club). That happens after a ham operator confirms that there are 100 contacts of hams from 100 different countries. Some get interest on DX-perditions distance journey, voyage or excursion as well as tour travels that help other hams to find suitable locations.

Some hams enjoy designing and doing modification of their radios by use the available kit. They may even modify the antenna they are using just for fun. Above all; the most important aspect of ham radio is emergency communication when the primary network goes down.

Of course, at such times, in most cases, the internet and Smartphones are usually completely dead. That’s why; owning a ham radio is much more of a basic need than a hobby.